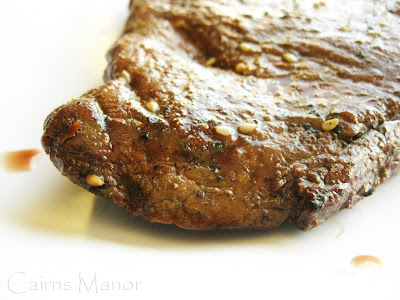 After having a summer full of clouds and cooler weather, summer finally arrived. It took until October/November, but the sun is out and the temps are up.

We grilled on Thursday night, the hottest day of the heat wave. Our house stays pretty cool, but once the temp inside gets up there, it takes along time to cool back down. There was to be no cooking inside, at all, that day. And I have a grill with a side burner for throwing together side dishes as well, so my stove didn't get turned on at all.

There is only one problem with grilling in November: Sunset comes far earlier compared to July. I was grilling in the dark at 6 pm. Well mostly dark, there was still a tiny bit of fading sunlight, but pretty much dark. I am happy to report the weather is cooling back down and rain is on it's way back, which makes much more sense in November. It will make my garden happier too.

On to the meal. I have two go to recipes for grilling. One is a dry rubbed, basted chicken, the other a marinade for london broil. Both come from Noble Pig, blogger and wine maker extraordinaire. I had some flank steak in the freezer so out it came and into the marinade it went. The marinade is so good, I would swim in it if I could.

Since I am a slacker, the flank steak only got about  6 hours in the marinade, but the longer, the better. I've had a 48 hour marinade before and it was divine.

And instead of wine with dinner, we pulled out a bottle of ale we've had aging since we bought it this time last year. If you like ale, and can get to a Trader Joe's, they have an annual release about this time. And at around 4 bucks a bottle, the price can't be beat. We have one more bottle from last year, they really do taste better the longer they sit, it's just hard to ignore it for too long. 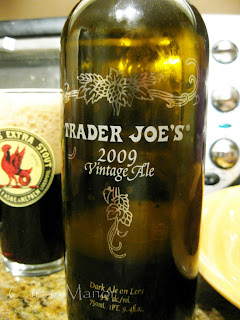 
Whisk together oil, Worcestershire, soy sauce, brown sugar, sesame seeds, ginger, and garlic powder.  Pour over meat  in a 9 x 13 pan  or a gallon sized ziploc bag and marinate for up to 48 hours.  If marinade does not completely cover the meat, turn the meat several times during the marinade period.

Grill over medium high to desired doneness, remove from heat and allow to rest for 10 minutes. Slice thinly, across the grain, and serve. 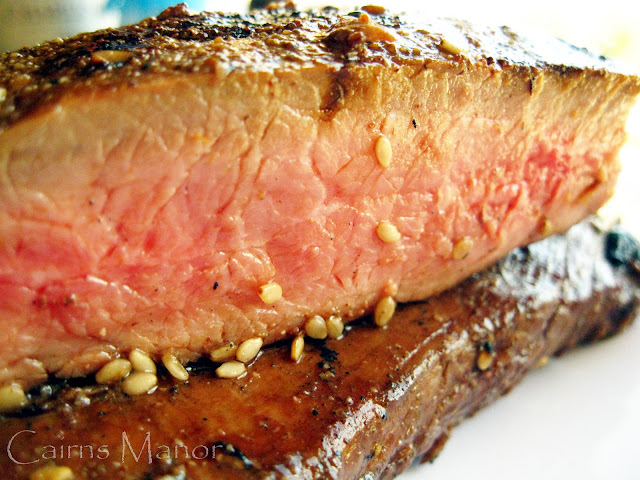